Why You Need Upper-Body Strength and Power 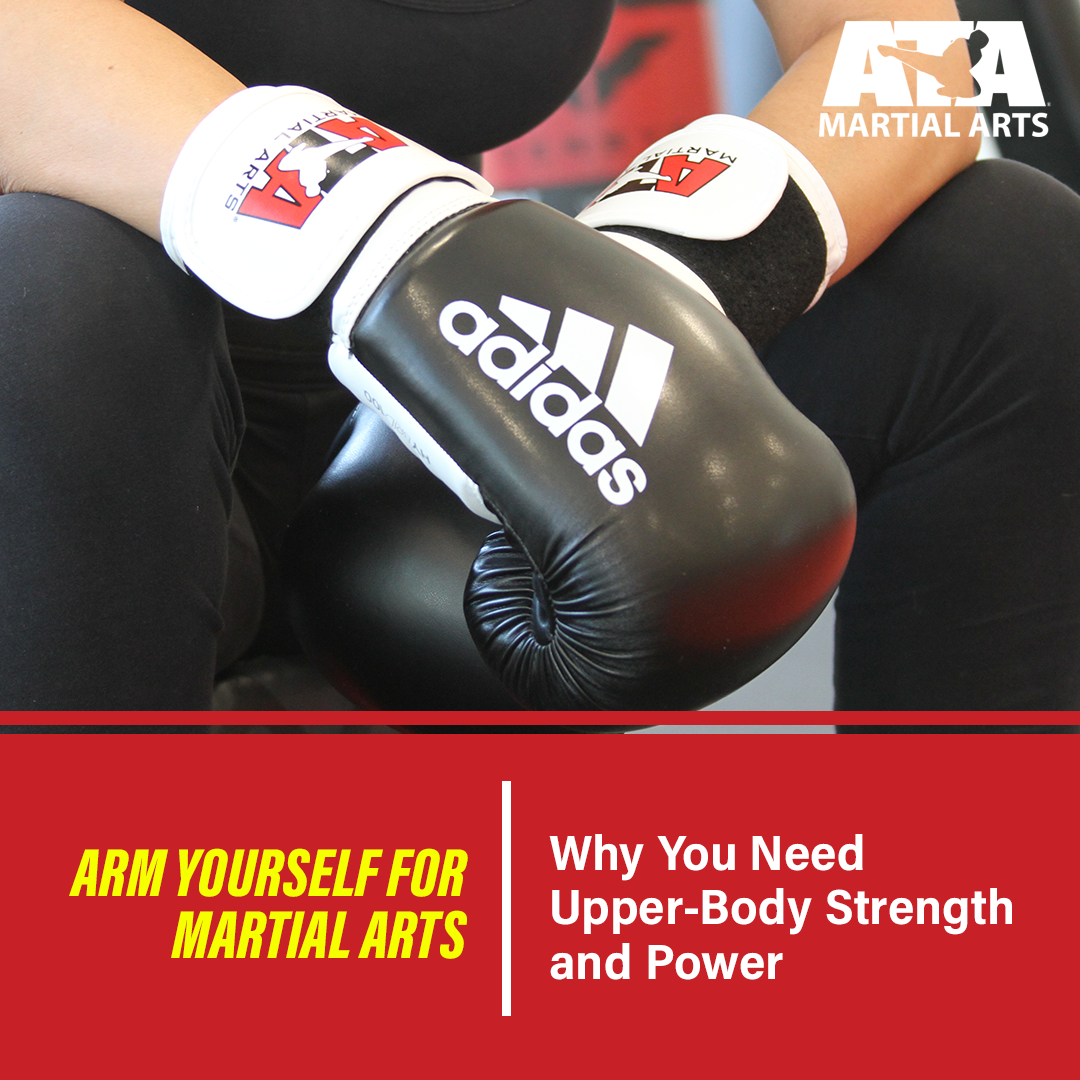 It’s no secret that for strong punches, crisp strikes and total body fitness— and the martial artist’s need for speed—it’s essential to build powerful arms.

Of course, strong arms affect the efficacy of your punches and blocks—not to mention to fluidity of your form—but did you know that powerful arms can also lead to powerful kicks?

Sr. Master Nominee Gavin Espinosa of Victory Martial Arts in Stevenson Ranch, Calif. believes that conditioning your arms can be a major factor in your overall performance as a martial artist.  “When you’re looking to create power in a front kick, a side kick or a round kick, your arms can be incorporated to generate momentum.”

Think about it from a physics standpoint.  “For every action, there is an equal and opposite reaction,” says Espinosa.  “When you throw a kick…In many cases, the hands and upper body serve to stabilize or serve as a reverse movement to generate power for the kick.”

So, having powerful arms isn’t just beneficial when you’re wearing that fitted t-shirt.  They are helpful for punches, strikes and the TOTAL Taekwondo workout.

The Elements of Strong Arms

Developing arm strength for traditional and Xtreme martial arts is about more than, well, brute strength.  You also need to consider the following:

Speed:  When you try to land a punch or spin a jahng bong, your arms need to be fast.  You can develop this with speed drills where you perform moves as quickly as you can without losing your form.

Power:  Powerful arms will help you make the heavy bag rock with your strikes.  Think of this equation:  Strength + Speed = Power, so working on each of these aspects will help you build your arm power.

Flexibility:  Good flexibility increases the range of motion in your arms.  “Let’s say I wanted to do a high block, but I can only lift my arm halfway comfortably,” says Espinosa.  “Then I’m limited my ability to cover the full range needed to protect my head.”

Endurance:  This measures how long your muscles last before they poop out.  For example, if you’re sparring, you don’t want to drop your arms or have your arms give out before the round is up.  You can build endurance by increasing reps with each arm exercise, using a lower weight than you would for just strength.  This will help your arms tire less easily.

Skill:  This includes agility, coordination, balance and reaction time.  Skill is necessary because all of the arm strength in the world won’t work effectively if you don’t have the right skillset to back it up.  “What good is it if I have the strength to stop a punch but I don’t react fast enough to be able to make that response?” says Espinosa.  Luckily, you can develop skill and power through the Taekwondo exercises, forms and drills you do in class and at home.

What’s in a Workout?

There are many workouts for martial artists to improve their arms. Here are some suggestions from our pros.  Grab a bag, a band or a partner and get started!

Stand on the center of a resistance band, legs hip-width apart, and hold one end of the band in each hand with your arms straight down in front of you, palms up.  Pull the handles to your shoulders and return to starting position.

Stand on the resistance band with one foot and bring the other foot through so the band is on your back foot.  Grasp one end of the band with one hand and bring your upper arm up next to your ear, so it’s perpendicular to the floor.  Your elbow should be bent so your fist is behind your ear.  Straighten your arm over your head, pulling the band taut, and return to the starting position.  This is one rep.

Holding one end of the band in each hand, stand on the middle of the resistance band with one foot and bring the other foot through so the band is on your back foot.  Bring your arms up so your palms are facing forward, and your upper arms are parallel with the floor.  Lift both hands overhead, pulling the band taut, and return to the starting position.

Grasp the middle of the band with both hands, with the hands several inches apart and at about forehead level in front of you.  The band should be taut between your hands.  Bring both hands apart and down so you end up with the band across the chest, elbows slightly bent.  To target, the right muscles, imagine you’re pinching a coin between your shoulder blades.  Return to the start position.

How Many? Start with one-minute and work your way up

Target? Builds speed and power and works the pectoral

Loop the band around a heavy wave bag, turn your back to the back and grasp one end of the band in each hand.  Execute a punch, one arm at a time, as fast as you can, without losing form.  For extra power, have a partner hold a target for you to hit.

So, whether you’re breaking a board, powering through that double ssahng jeol bong form, or trying to ace the ATA FIT test, you’re going to want the strength and agility that comes from a regular arm workout.  It’s not just about selling tickets to the gun show; it’s the ticket to being a well-rounded martial artist!